“Love is the constant, most important thread that runs through the tapestry of all of our lives.” ~ Brian Weiss M.D.

I shrink away as a guard hits me with the butt of his rifle, over and over again.  Soon another joins in.  My useless arm dangles beside me, the bone shattered above the elbow from the first blow.  I don’t know how it happens (did a guard throw her) yet my daughter soars through the air and lands on top of my son who is already in a crumpled heap on the ground.  He immediately straightens himself, I don’t know how he does it, and whispers to his sister.  They stand and begin to walk toward the other children.  He has his arm over her shoulder.  He protects her, shelters her from any further harm.  First she looks back at me and whimpers.  I can see her eyes.  The kerchief on her head is askew.  One little blonde ringlet escapes and sticks to her sweaty forehead.  And then I feel it, they are also the eyes of another.  Yet now she looks away from me and my children begin to walk forward, farther and farther from where I stand.

My heart leaps as my son turns and now it is his eyes which hold my own.  I can hear him.  How is this possible?  Words in my head, yet his lips do not move.  Papa, I love you.  I have this.  I am the man now.  (but he is only eight) I will keep her safe, keep us safe.  (but she is so young, only three, just a baby)  One of his eyes is almost swollen shut.  He stands taller.  And then I will it to him.  All the love in my heart.  I send it as a shield for my boy.  My strength.  My everything.  My heart walks away from me.  I am an empty man.  Broken.  They have won the battle.  I have no more fight in me.  And now I want to die.  I will it to happen.  I know that I will never see any of my family again.  The pain.  The pain.  THE PAIN.  And then I know him.  My son’s eyes are different yet they are the same.  My soul surges in acknowledgement.

Slowly the scene dissolves and I find myself back in a little room at Omega Institute with people who were strangers to me only three days earlier.  Emotions flood through my body.  I know now that they were not really strangers at all.  They are my family.  Somehow, against all odds, we have found each other again after our deaths in WWII, nearly seventy years earlier.

My journey to be reunited with my family started four days earlier when I left my home in Maryland and traveled to the edge of the Catskill Mountains.  I was to be a student of Dr. Brian Weiss in an intensive workshop on Past Life Regression.  I looked forward to being able to offer this beautiful healing modality to my clients upon my return home.  Unbeknownst to me at the time, my soul had planned a reunion with other souls who would also attend the training.  There was to be a gathering of about one hundred and fifty people and we would find each other among the crowd.  Some unseen force was at work to pull us all together.  My wife, son and daughter would look very different from the last time I had seen them and each of them traveled a great distance for our reunion. 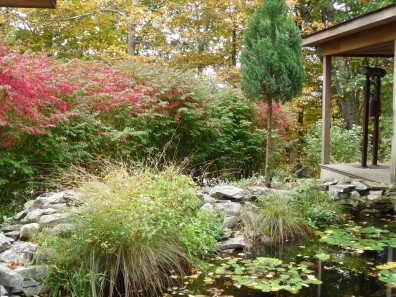 Outside the sanctuary at Omega

Omega Institute for Holistic Studies is a non-profit educational retreat center located on 250 acres in Rhinebeck, NY.  It was founded in 1977 and people come from all over the world to join together in classes every year.  The institute’s stated mission is to “provide hope and healing for individuals and society through innovative educational experiences that awaken the best in the human spirit”.  Dr. Brian Weiss is an internationally known psychiatrist, hypnotherapist and author who specializes in past life regression.  He only teaches his intensive workshops at Omega Institute and the classes fill to capacity quickly.  I had enrolled in January and the workshop was held during the second week of October.

Since finding Omega in 2007, I travel there at least once a year and I love the almost six hour trip.  The scenery is beautiful and I look forward to the time away with kindred spirits.  A couple of hours into my drive, in October 2012, I relaxed and began to experience visions through a meditative state.  This happens quite often for me when I am on a long trip.  I saw the Earth as though I had a vantage point from space.  Although it looked similar to Google Earth, there was some type of grid work surrounding the planet and a multitude of sparkling lights at various points on the grid.  Many of the lights grew brighter and began to move.  I noticed exceptionally bright areas in Australia and England.  One area of North America seemed to glow.  I blinked many times and the images disappeared.  This same image reappeared at various times during my drive.  Each time it did, there were more and more lights which converged on the area that glowed in the United States.  The vision zoomed in and I saw the area that glowed was in New York.  I would understand later that each of the lights represented a student in my class.  It would be years before I understood the significance of the vision itself.  During our first day of class, Dr. Weiss polled the participants and sixty-five percent of the students had traveled from outside the United States.  The largest number of students had come from Australia and England.

The Grid (image from the internet, source unknown)

There were a lot of people who milled around as they waited to be let in the building on our first day of class.  An attractive man smiled and introduced himself to me.  From the moment we met, we both felt as though we knew each other.  The conversation flowed and over the course of the workshop, many of the students thought that we had known each other for a long time.  Though his given name was Nazario, he said to call him “Blue”.  His heritage was Filipino, Chinese and American and he had driven up from Houston, Texas for the workshop.  On the afternoon of the first day, I shared with Blue that during my morning meditation I received a download of a lot of information. I had felt directed to add Reiki to my own past life regression process when I returned home.  It knew it would help my clients clear restrictions to the flow in their energy fields and help them to go deeper.  I wanted to practice this technique one of the evenings when we weren’t in class.  I told him that I was a Reiki Master and was delighted to discover that he was a Reiki Master too.  I also mentioned that I had “seen” a special process which included four people who experienced regression at the same time.  When I met him, I knew that he was part of this process.  It felt important and I was anxious to find the other two people so we could experience it together. 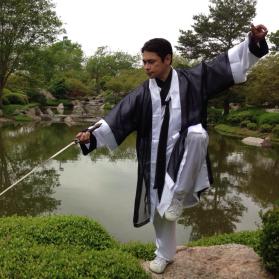 On the afternoon of the first day, I nudged Blue and told him that I knew one of the other people who we were “supposed to” work with.  I had not spoken to her but I felt a strange pull every time that I looked at her or heard her talk in class.  She was not sitting close to us and I had to wait until the break to introduce myself.  Though we had never talked prior to this moment, she was very receptive to sharing time with us later on in the week.  Her name was Chloris and born in the Philippines, she currently lived in London, England.

I didn’t have to wait long to find the third and final person.  During lunch on the second day of the workshop, Blue was seated at a table with people I didn’t know.  He was in an animated conversation with a woman who was in our class.  It only took a few moments for me to feel the familiar pull.  Her name was Asli and she had traveled all the way from Istanbul, Turkey to be a student with Dr. Weiss.  I shared with her my insights from meditation and the four of us gathered together that evening.  Blue and I took turns with one of us as the regression facilitator and the other as the Reiki practitioner.  We regressed both Chloris and Asli and the four of us were in tears by the end of the night.  Chloris was able to visit with her young daughter who had died many years earlier.  Asli learned valuable insights about a relationships in her current life by experiencing a past life with this same individual.  All of us felt the tremendous power in our group energy.

On the third day of the workshop, we continued to work together and experienced more regressions.  Dr. Weiss was the featured speaker that evening.  We all felt honored to be his students as it was an open event for anyone at Omega during that week.  Asli, Chloris, Blue and I planned to get together the next evening, our last together, to experience the “special process” I had seen during my meditation which involved four people who were regressed at the same time.

I don’t think that any of us would have slept that night if we knew that we were about to simultaneously experience multiple past lives that we had shared together. 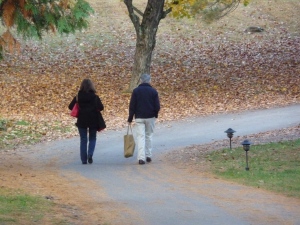 Continued in Part 2:  Omega: My Journey Back to My Past Life Family Part 2 of 2

~ until our paths bring us together again ~

My near death experience:  It’s All Love

Messages from my pediatric oncology patients:

Spread Our Message, Live Our Love

2 thoughts on “Omega: My Journey Back to My Past Life Family Part 1 of 2”